“She regrets not what was, but what should have been, could have been.” —Marie NDiaye's self-portrait in green; Roxane Gay at war; Edward Carey on seeing and being seen; Rachel Farbiarz and Stefania Heim on Memorial Hill; new fiction by Jensen Beach, Elizabeth Gaffney, and J. Robert Lennon; poems by Camille Rankine, Craig Morgan Teicher, Marina Tsvetaeva, and others; and introducing Jamel Brinkley. 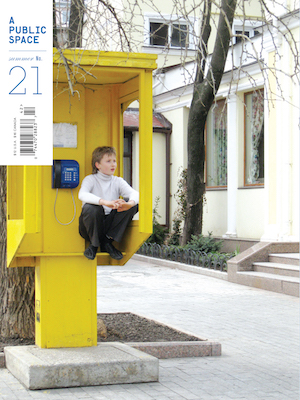 The Woman in Green

Against melancholy, against regret, common sense and cynicism can do nothing. She regrets not what was, but what should have been, could have been, had she only made some other choice way back then.

Translated from the French by Jordan Stump

Uncle Max made an ambiguous face and told me, not for the first time, that black men used to be kings. Then he shifted his Good Humor bar to his left hand, and slapped me. Sometimes I still feel the pop of his ring on my mouth.

It bothered him she didn’t try to hide it. He would have tried to hide something like this. When he thought this, he understood that his wife was a better person than he was and this bothered him too.

It all happened so fast; it hardly seemed real until the war began and it was too real and then the war ended and nothing had been saved, which was always the case when foolish men made prideful decisions.

My humble roof! Smoke from a beggar’s fire! / So different from what I was born into!

Translated from the Russian by Christopher Whyte

I want to give you everything. / This is called a sickness.

I stood a while / before the flowers

A thin glaze left on her palm from a thing held too long / or is it her own thingness / that rose from her hand to meet the bowl or apple or face in a dream, or is it / only memory / leaking from her / almost too slowly to notice.

See a Furious Waterfall Without Water

Never has an empty hand been made / into more of a fist, and Waterfall Without / it swings so hard it swings out / of existence. How will anyone get married / now, with no wall of water behind them?

An idle wife in the home / Lying down early, getting up late

Everyone’s Dead, the Rest are Gone

Suborned to bear false witness, he said to himself, If I don’t, someone else will. Whereupon he was someone else.

8 / The stars inside preside / over time, for a century

A Stormy Evening at the Buck Snort Restaurant

She has a memory of the world outside this place. There was a time when she thought she might be able to outrun whatever it was that has made her this way.

She felt the sort of panic that sometimes seized her when she stood by herself on a subway platform, alone: She had lost her baby, forgotten her on the train!

Seeing and Being Seen

A dark fairy tale about our faces, our transience, and why we take down life and try to preserve it.

The recently dispersed with their encumbering passports. To them everything is new; everything has to be discovered and experienced and lost from scratch.

Translated from the Afrikaans by the author