Robert Sullivan on the landscape of the American Revolution in Almanac; Suzanne Sullivan's revolutionary quilts; Guillermo Fadanelli at the beach; Gus Powell on the streets of Amsterdam; C.F. Ramuz at the circus; Jack Livings in China; Kathleen Jamie's pilgrimage to Rona; poems by Adrienne Rich, Robyn Schiff, Graham Foust, Joshua Beckman, and others; and introducing Annie Sloniker. 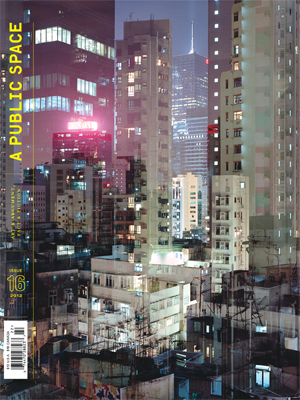 Yang had come home from the factory for lunch.

Translated from the Spanish by Joel Streicker

History is in the panorama, buried like old stones or sediment from an older era.

"Bob walks me to work every day at the preschool where I teach, and while we walk he talks to me about what he’s writing."

After the sun went down, you saw the streets of the town fill with people.

Translated from the French by Jill Schoolman

Her name was Ruby and she would have been nine.

A man and a woman move into a new apartment.

The day is perfectly just out of focus.

Ringing on the street, you know, that day I saw / a girl on a bike get hit by a pickup

Translated from the French by Donald Revell

Bug cloud was my cabin at sleepaway camp

I want you to come now!

Translated from the Swedish by Elizabeth Clark Wessel

How long have I left you?—played the wolf / or the witch.

Translated from the German by Michael Hofmann

Far over the horizon, out in the North Atlantic, where one might expect a clear run to Iceland or even Labrador, or, if anything, just a guano-streaked gull slum, the island of Rona is one last green hill rising from the waves.