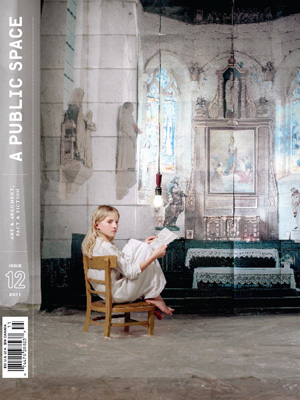 Overheard: Tom Drury on the Comfort of Disapproval

Two teachers, Dave and Jane, are talking in a high school lounge.

The Book of Kells, in Trinity College, Dublin.

If You See Something, Don’t Say Something: Yiyun Li Describes an Imagined Panel

One spring, after being gone seven years, the actress Joan Gower returned to Grouse County to get her son and take him back to California to live with her.

He was big, but fragile.

It was the night Dirch Passer the comedian died.

Here Is the Evidence

A friend of mine describes certain cities as being full—too much has happened there, you cannot move. Paris, he says, is the quintessentially full city. I suspect he'd say Harlem is another place that is too full.

Sometimes love hits you like a drunk driver on Memorial Day weekend. A tragedy, really, but you don't care because you're the victim and beyond hope anyway.

The I you know isn’t me, you said, truthtelling liar

Lord, jump from the elder tree, / let your feet and eyes flutter.

Translated from the Slovenian by Michael Thomas Taren and the author

One country starts out as a bank / and ends up as a solarium.

Imagine a glass of water, a drop of blood sus- / pended—dead center—one drop, watch it / dissolve.

Ask me to translate what Loeb gives as / “In a retired vale... a sequestered grove”

An Historie, An Inverse Structure

At once an utterance and then a song for / direction established like a compass magnet / to history’s repetitive north.

Or regality is the reigning / indemnity, this thread, as a silk strand / augments the meadow with its redness

By high school I had a composition teacher, an ensemble teacher, a theory teacher, and a studio teacher, but what I really needed was a psychiatrist.

If you set aside love and friendship and the bonds of family, luck, religion, spirituality, the desire to better mankind, and music, and the arts, and obtaining food by hunting and fishing and farming, self-importance, so-called glory, and public and private transportation from buses to bicycles, if you set all that aside, money is what makes the world go around.

The Persistence of Muybridge

I’ve been trying, for more than six years, to write an essay or story or something about Eadweard Muybridge.